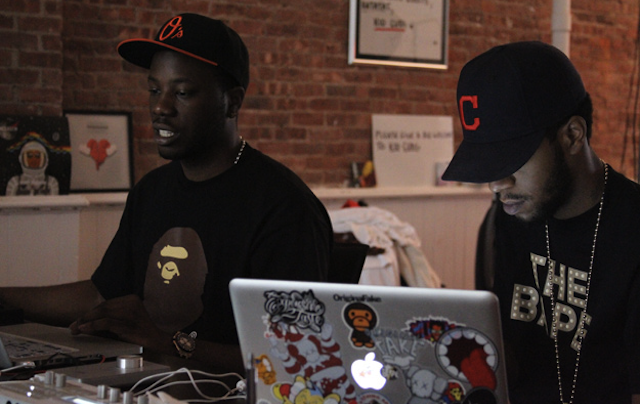 Complex has a new interview up in which they talked to producer Dot Da Genius about his upcoming rock band project with Kid Cudi, currently dubbed “Wizard.” For those who don’t know, Dot is responsible for producing the tracks “Marijuana” and “Trapped In My Mind” from Kid Cudi’s Man on the Moon II: The Legend of Mr. Rager, which drops November 9th. One of the most interesting things that Complex discovered is that Cudi is learning to play guitar on his own and already recording riffs for the album.

Complex: How did the rock album come about?

Dot Da Genius: It was pretty much the same time that we built a studio in Cudi’s crib. We did “Trapped In My Mind” and we were dwelling on it like, “This is crazy, we need to put some guitar riffs on this.” So I had my homie Brent, come through Cudi’s crib with his guitar, and Cudi did the guitar riff with his mouth cause Cudi couldn’t play the guitar. So Brent replayed it. Then Cudi picked up [Brent's] guitar and started fiddling around with it, and I swear to you within like five minutes, he had a legitimate guitar riff. He never played a guitar a day in his life, but had a ill riff that we could make a song with.

Head to Complex for the full interview.

This entry was posted in Culture, Music. Bookmark the permalink.