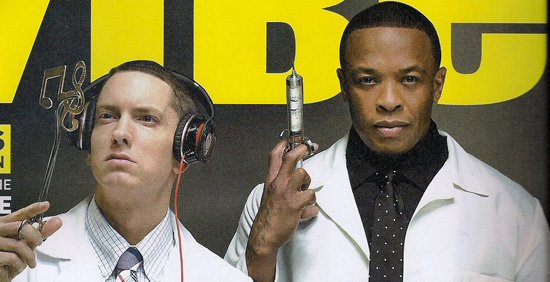 Dr. Dre has released another track off of Detox. Word is that the previously released “Kush” was a street single whereas “I Need a Doctor” will be the first official single from the album. Oddly, two-thirds of the track is dominated by Eminem while Dre only adds a verse on the end. The most recent info on Detox is that it should be ready by January 2011. Stream “I Need a Doctor” below and head over to DrDre.com to listen to “Kush”.

This entry was posted in Culture, Music. Bookmark the permalink.