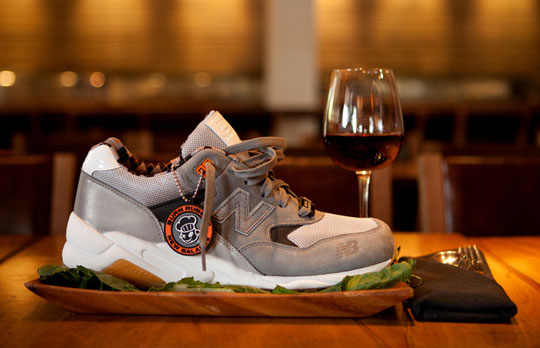 Be sure to check out the latest collaboration between New Balance and sneaker boutique Burn Rubber of Detroit. Together, they’ve created a very fresh muted grey shoe with orange accents, a custom argyle insole matching the shop’s branding, and a gum sole. A dope colorway for this fall and winter. The shoe is made mostly out of New Balance’s premium nubuck and gray mesh alongside a touch of patent leather. The release notably marks the first collaboration on the MT580 by a North American team; in the past the shoe has been collaborated on and released out of Asia. You’ll be able to get these at Burn Rubber on November 26. We’ll definitely be in line to grab a pair. Find out what Rick and the crew had to say about the release after the jump. 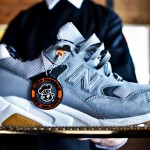 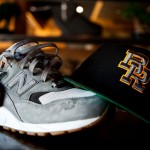 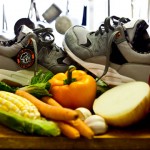 In business since 2004 Burn Rubber is Metro Detroit’s first premium sneaker boutique. The Burn Rubber name is a play on a phrase from the Motor City’s car culture. The name came from the comparison of the use of sneakers on a person to the use of tires on a car. Burn Rubber is known throughout their community as the place to get hard to find, limited edition sneakers and clothing.

Burn Rubber made the shoe their own by applying a shop colored theme and utilizing materials in unique ways. The custom designed argyle pattern that lines the inside of the shoe was created to incorporate all of the company’s branded colors. A reflective 3M material, originally developed to reflect light for night running, was also used throughout the mostly gray shoe to give the design another dimension. The majority of the shoe design is comprised of New Balance’s premium nubuck and gray mesh, and completed with a touch of patent leather and a classic gum sole.

As one of the most recognizable aspects of the Burn Rubber brand they have chosen to include the shop’s mascot on the hangtag provided with each shoe. The Chef, originally created to be “just another T-Shirt design”, ended up taking on a life of its own. The photo shoot for this project was done from the perspective of a chef and was intended to bring light to the story of Burn Rubber’s popular logo & style.

This entry was posted in Kicks, Style. Bookmark the permalink.