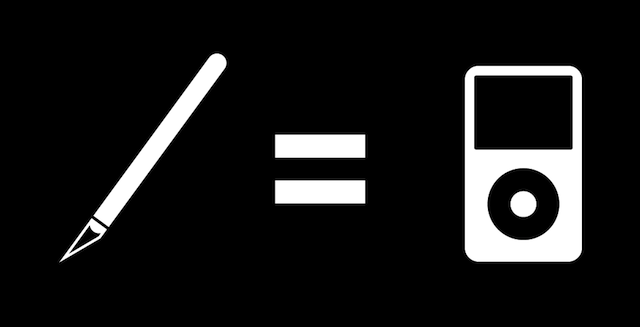 Design blog idsgn.org has an interesting piece up examining the relationship between the worlds of music and design. They do so through referencing the likes of Justice, Kanye West, and the Gorillaz, who have all crossed between the two fields in one way or another. Regarding Kanye West, they write:

West was a former student at the American Academy of Art in Chicago. There, he studied art and design before hitting it big and inking a deal with Jay-Z’s Roc-A-Fella Records.

Design and art clearly made an enormous impact on West. When Rolling Stone asked in 2006 how he would describe himself, he replied: “a designer.”

The article has some good information that might surprise you about the artists (Kanye also interned for Fendi this summer), and gives a solid look at how the two industries mesh and relate to each other. Give the full thing a read over at idsgn blog.

This entry was posted in Art, Culture, Music. Bookmark the permalink.